In my book Revenue Model Optimization of Android Gaming Apps: Or how to make money with Android I elaborated quite a lot on the "mobile app discovery problem".

Distribution of apps has become the holy grail for app developers. I argued that there are over 400 thousand apps each on Android and iOS battling to be found by users.  And competition is fierce because of the physical limitations of the Appstore where users primarily go to in order to search for, find and install games.

The war for app discovery seems to have become even more fierce since strong intermediaries like Kakaotalk or Line in Japan have started to take the role as a meta-distributor of mobile (often social) games. As Playandroid Magazine shows in its article of Everybody’s Game – 모두의 게임 for Kakao. Meta Platform Kakao has catapulted this game to 5.5 Million downloads in 14 days and 20% of my Kakao buddies have started playing it too. This means game app usage is currently concentrating an even less number of apps then before.

A September 2011 study by Nielsen found that 44% of time usage are covered by the Top 10 apps. I inferred or guessed from these statistics that the correlation between those ten apps being used and being found in the app store ranking is almost ~98%. 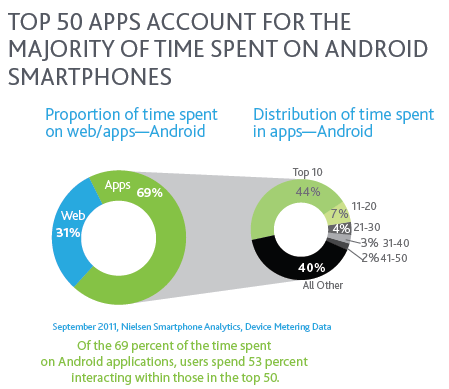 But when I discovered the "folder/icon arrangement" function on Android (introduced since 4.0) I realized that this figure must by slightly lower. See the following screenshot from the my Google Nexus: 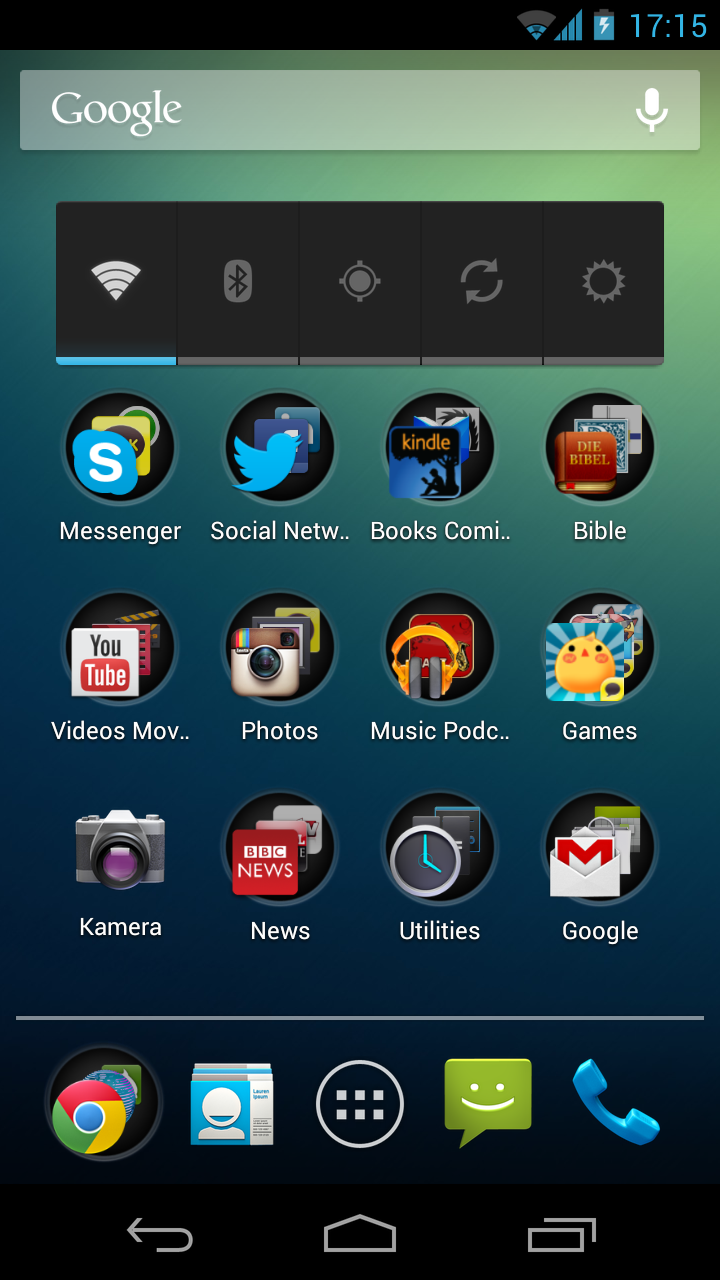 What I did was arrange my favorite apps in logical clusters and discovered that these categories have actually not really changed a lot in the course of internet history. Those are:
Looking at the screen reminded my very much like the physical limitation of apps in appstores where users find new apps. However:
Conclusion
You either are a category leader having won a war and claiming victory on the smartphone screen. Or your app is fulfilling the "niche" category need of a smartphone user. All my findings might not come to you as a big surprise. But I think what we will and must see in 2013 and onwards is a shift from the madness of gaining sheer size in installation figures at 1-2$ CPI levels towards a retention-driven persuasion of apps for space on the smartphone screen. Of course, you need to be found, but focusing on retention is a much more sustainable way to profitably grow in this business.