t-value
what is the probability that our samples are from the same population . You basically compare the means of two or more samples
it is a measure of unsystematic variance or variance not caused by the experiment

is simply an objective and standardized measure of the magnitude of the observed effect.
Pearson Correlation Coefficient
r = .1 (weak effect) 1% of variance between variables is explained

p-value
Significance - Chance of Error (being wrong), in other words the chance of a finding being due ot error
The chance of the null hypothesis to be rejected where it is actually true.
in Business this is accepted

Standard Error
the  standard deviation (or variability) of sample means. The higher the SE, the more the sample means differ from each other
The lower it is the more it accurately reflects the entire population


Mean: Sum / n
Median: right in the middle of samples
Mode: the most occuring

Standard Deviation
Average distance of the values from the mean

Variance Extracted
Summary measure of convergence among a set of items representing a latent construct.
It is the average % of variation explained among items 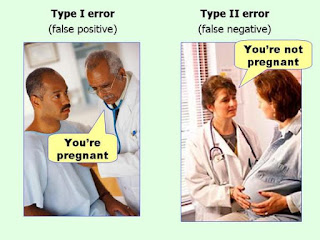 Multicollinearity
phenomenon in which two or more predictor variables in a multiple regression model are highly correlated, meaning that one can be linearly predicted from the others with a substantial degree of accuracy

Variance inflation factors (VIF) measure how much the variance of the estimated regression coefficients are inflated as compared to when the predictor variables are not linearly related.
Use to describe how much multicollinearity (correlation between predictors) exists in a regression analysis. Multicollinearity is problematic because it can increase the variance of the regression coefficients, making them unstable and difficult to interpret.

Levene Test
tests hypothesis that variances of two samples are equal
if p > .05 variances are more or less equal

The independent t-test, also called the two sample t-test, independent-samples t-test or student's t-test, is an inferential statistical test that determines whether there is a statistically significant difference (variance in means for instance) between the means in two unrelated groups.

Null and alternative hypotheses for the independent t-test

The null hypothesis for the independent t-test is that the population means from the two unrelated groups are equal:
H0: u1 = u2
In most cases, we are looking to see if we can show that we can reject the null hypothesis and accept the alternative hypothesis, which is that the population means are not equal:
HA: u1 ≠ u2
To do this, we need to set a significance level (also called alpha) that allows us to either reject or accept the alternative hypothesis. Most commonly, this value is set at 0.05.

The concept of falsification is based on Popper's falsification theory. You cannot know scientific laws with absolute certainty. you can only falsify them --> Null hypothesis