The problem with p-values

Fundamentally, hypothesis testing is based on conditional probability.

We base our thinking on these premises: 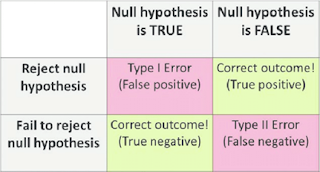 What does a p-value of p=.2 indicate? It means given the Null Hypothesis is true there is a 20% that we would have gotten these effects.

However, this is the problem: We fail to reject the Null Hypothesis --> 20%, but we can also not accept it. We have absence for evidence for an effect but we don't have evidence for the absence of an effect.

In other words, the p-value does not tell us anything about how likely it is that a hypothesis is true.

deals with: Which of the hypotheses is better supported by the data?

Answer: The model that predicted the data best !